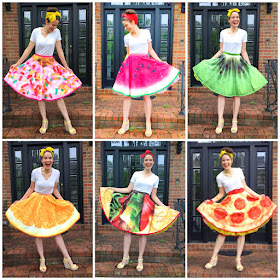 I think this summer may go down as the one I went to Walmart, LOST MY MIND, purchased all of their round beach towels and stitched them all into circle skirts.

And you know what? I'm okay with that. 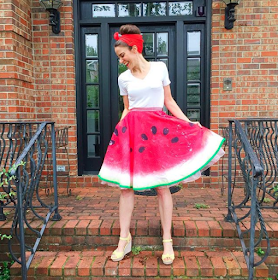 Cuz now I'm the proud owner of an assortment of super absorbent, albeit VERY warm, food-tastic skirts. Perfect for all occasions. National Pizza, Donut, Watermelon, Kiwi, Orange and Hamburger Days. I should know cuz I've already marked my calendar.
Because I know you will want to make your own, I've provided a handy tutorial. What this tute is missing is...pockets! 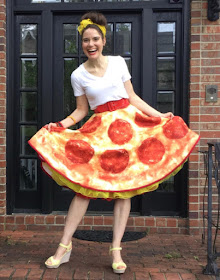 That's right. After I made my pizza skirt, I realized that not having pockets was just THE WORST. What kind of monster makes a skirt without pockets? This one, apparently. I knew adding pockets to the last five skirts would add more time but, c'mon. Pockets are always worth it. 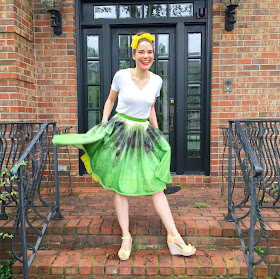 After I made the pizza skirt and it was so simple, I literally hit Walmart and bought EVERY round towel they had. The lady at the check out counter asked me what I planned to do with so many towels. I was wearing my pizza skirt at the time and I said, "Look! I'm making them into skirts! This one was a towel too!" She just gave me the side-eye and was like, "oh, okay." She does work at Walmart tho...they see IT. ALL. 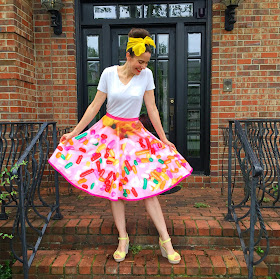 Some towels translated to skirts better than others. Like this donut...I thought it would be my fave but it's not. 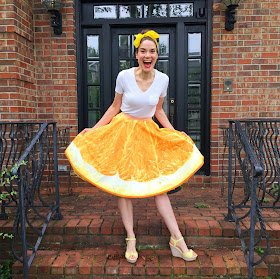 The orange one, however, makes me so happy. I didn't think much of it until I put it on. It's so cute! 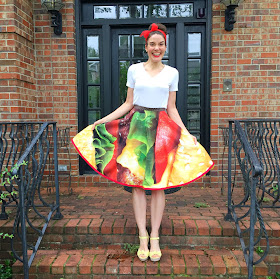 The hamburger one...well, I'm still on the fence about it. It's wacky tho and that I can totally deal with.

In other news, GUESS WHO HAS BEEN BANNED FROM THE ROUND TOWEL AISLE AT WALMART?! If you see any cute ones, pick 'em up for me, would ya?!